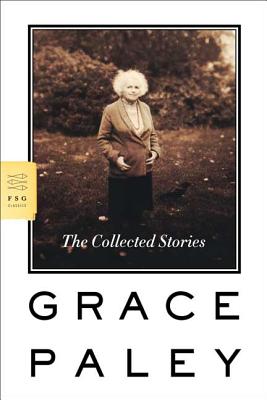 This reissue of Grace Paley's classic collection—a finalist for the National Book Award—demonstrates her rich use of language as well as her extraordinary insight into and compassion for her characters, moving from the hilarious to the tragic and back again.

Whether writing about the love (and conflict) between parents and children or between husband and wife, or about the struggles of aging single mothers or disheartened political organizers to make sense of the world, she brings the same unerring ear for the rhythm of life as it is actually lived.

The Collected Stories is a 1994 National Book Award Finalist for Fiction.

Grace Paley, born in the Bronx in 1922, was a renowned writer and activist. Her Collected Stories was a finalist for both the Pulitzer Prize and the National Book Award. Her other collections include Enormous Changes at the Last Minute and Just As I Thought. She died in Vermont on August 22, 2007.

“Grace Paley makes me weep and laugh--and admire. She is that rare kind of writer, a natural, with a voice like no one else's: funny, sad, lean, modest, energetic, acute.” —Susan Sontag

“I can't think of another writer who captures the itch of the city, the love between parents and children, or the cutting edge of combat, as well.” —Lis Harris, The New York Times Book Review